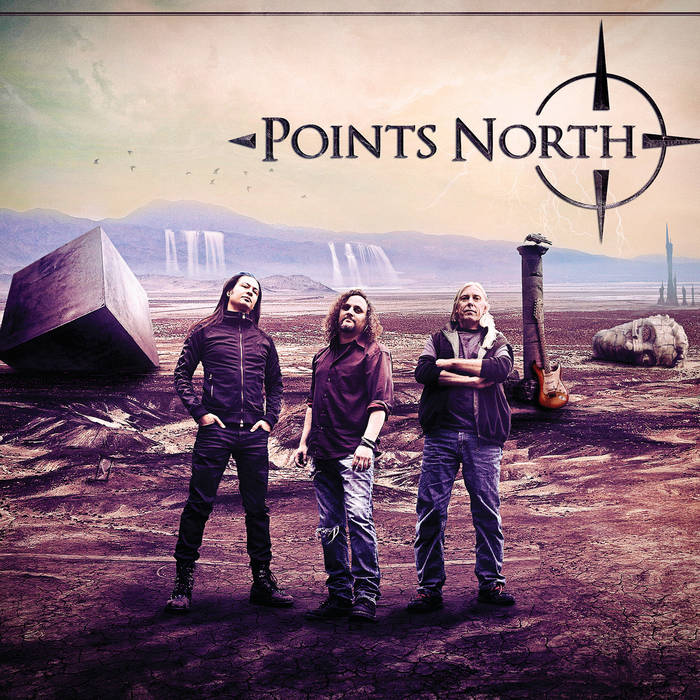 “Points North” is the self-titled, second album by this primarily instrumental rock band. Spearheaded by guitarist Eric Barnett (a finalist in Guitar Player magazine's Guitar Superstar competition), bassist Uriah Duffy (Whitesnake) and drummer Kevin Aiello, Points North stands on the shoulders of iconic artists Rush, Cream, The Police and Dixie Dregs - but expands upon these influences and clearly cuts its own artistic path.
Their new album has Points North introducing vocals for the first time (“Colorblind”) but their primary musical focus remains the same. Simply put, Points North is a leading light of modern instrumental guitar music, single-handedly helping to revitalize the genre through their technical prowess, superior musicality and compositional skills.

Building a following on the West Coast by playing higher profile shows over the last several years supporting a diverse set of artists including Eric Johnson, Blues Traveler, Michael Schenker, Al Di Meola and Pat Travers, Points North has showed a determination that very few other bands would be capable of. They are talented and driven to succeed. Points North understands what a band of their style needs to do. They write great songs, deliver high energy entertaining live shows, and are willing to work hard to validate the respect and popularity that they so rightly deserve.

Bandcamp Daily  your guide to the world of Bandcamp